The Island of Her Dreams

When Jo Anne Van Tilburg was a child, her teacher asked her students to choose an intriguing place from a classroom library of books and journals as part of a class project.

Van Tilburg (B.A. ’65), chose Easter Island, a little-known land mass off the coast of Chile. The site captured her imagination because of the hundreds of unusual human figural stone statues that stand guard on its coast. It was a spot she felt she’d likely never see, even though she was an avid rock collector, spending hours cataloging and sorting her own collection.

Many decades later, Van Tilburg now has a much closer connection to the island that piqued her curiosity as a child. Today she is an archaeologist and the director and principal investigator of the Easter Island Statues Project, which studies the stone guardians called moai by the island’s inhabitants. 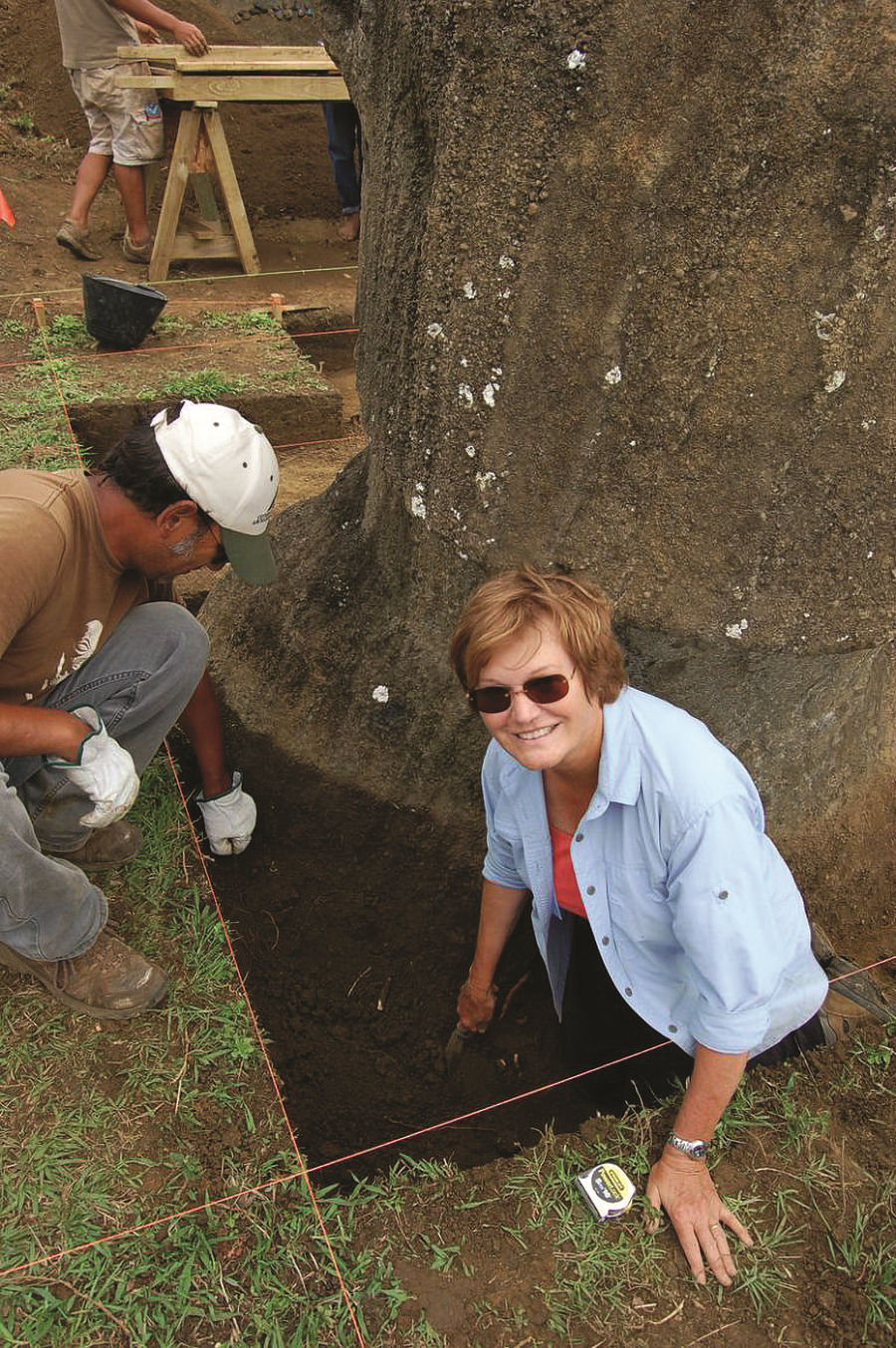