A wide range of UMN schools and colleges have connections in Thailand, including an interdisciplinary health sciences hub at Chiang Mai University. Many UMN alumni and collaborators are on staff at local universities and governmental organizations.

College of Education and Human Development

Chiang Mai University is a public research university with a strong emphasis on engineering, science, agriculture, and medicine.

Chulalongkorn University, the oldest university in Thailand, is a public and autonomous research university.

Mahidol University is an autonomous research institution that is ranked as one of the country's top universities.

UMN Units with Partnerships and Projects in Thailand:

UMN students can choose from several learning abroad programs in Thailand, including the University's signature Minnesota Studies in International Development (MSID) program and the Carlson School of Management's student exchange with Thammasat University.

Suggest information to add to this country brief. 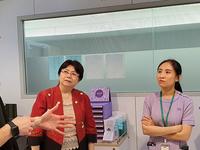 A global research partnership seeks to understand the feasibility of a study using a wearable device to examine the relationship of physical activity, sedentary time and glycemic control in adults with type 2 diabetes in Thailand. 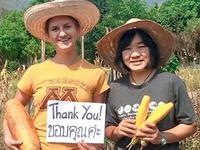 Catlyn Christie chose the MSID Thailand program for her international experience. For the first six weeks, she attended classes taught by Thai professors and went on field trips to various organizations and NGOs devoted to environmental sustainability, public health, and social services.