Minnesota’s state seals of biliteracy program recognizes students who have achieved a high level of proficiency in a language other than English. About 2,000 graduating high school students receive a seal each year, but there are large gaps in what types of students earn the award.

A four-year project led by the University’s Center for Advanced Research on Language Acquisition (CARLA) aims to address those gaps and help districts offer more equitable access to seals of biliteracy.

Kendall King, Professor of Multilingual Education in the College of Education and Human Development's Department of Curriculum and Instruction, is co-directing the initiative with Ayumi Stockman, World Languages Education Specialist at the Minnesota Department of Education. King explained that the state seals program can be a bit of a “do-it-yourself” project for districts.

“Districts on their own have to promote the seals, set up testing, administer the seals, with no special funding,” King said. “We have hundreds of districts who are having to do this with limited resources and, frankly, limited support.”

A lack of capacity is likely part of why so few school districts — just 14 percent — even offer the program. And access varies widely by location. About one-third of students across the state live in rural districts, but they have received only 4 percent of the seals awarded in recent years. 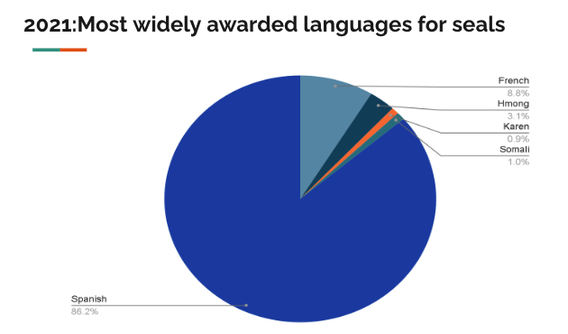 Speakers of less commonly taught languages also earn the seals at lower rates. Although the seal is offered in 24 languages in Minnesota, including Dakota, Ojibwe, Oromo, Amharic, and American Sign Language, 86 percent of seals awarded in 2021 were for Spanish. Just 3 percent were for Hmong and 1 percent for Somali, despite Somali and Hmong being the second and third most common languages, other than English, spoken in students’ homes within the state.

The initiative aims to provide support to districts to close these gaps in access.

King and Stockman are starting with a state-wide survey and targeted focus-groups to learn more about all the challenges districts face and understand why districts may not offer the program. The results will inform the next phase of the project, in which they will create customizable toolkits and develop assessment supports.

“Right now every school is reinventing the wheel,” King said. “We want to have tools for them to download and customize.”

These tools will include promotional materials, such as posters to display in school and letters explaining the program to parents in their home language, as well as support materials like practice tests for less commonly taught languages.

“I constantly hear from heritage language communities that they want resources for students and families available to lead to success on these assessments,” Stockman said.

A heritage language is learned by its speakers at home as children, but these languages are not often taught in schools.

“If you’re taking the test in Spanish, there are lots of practice tests. If you’re taking a test in a less commonly taught language, there’s much less information,” King explained. “We really want to do as much as we can to support teachers and kids so that they’re aware of what level of language they need to be successful on the test.”

The customizable toolkits will be available in five languages widely spoken by Minnesota students — Hmong, Somali, Karen, Oromo, and Spanish — as well as Arabic, Mandarin Chinese, Vietnamese, Tagalog, and Portuguese, which are widely spoken across the U.S.

King and Stockman will also provide professional support to district leaders and teachers as part of the CARLA Summer Institute Program, helping them get a seals program started in their community.

Next, they plan to take this project beyond Minnesota.

“We hope to collaborate with other organizations to make toolkits widely available nationally once we have perfected them locally,” King said.

The importance of recognition

Forty-nine states have adopted a seals of biliteracy program since it was introduced in California in 2009. Minnesota is one of the very few states that offer college credit to students who earn a seal, although the program is currently limited to certain schools in the Minnesota State Colleges and Universities system.

But there is more to the program than just the practical value of college credit or a resume boost, according to Stockman.

“We hope that this program being implemented well in a school district will elevate the value of multilingualism,” Stockman said. “In the end, we really want to develop language skills to understand each other, understand our cultures, and develop those soft skills that are needed for a diverse world.” 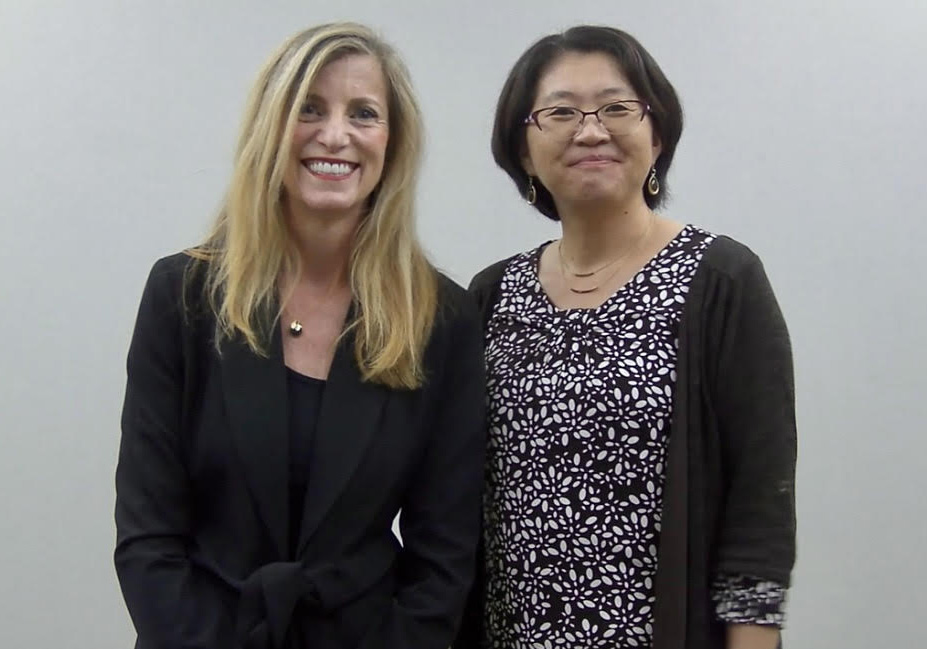